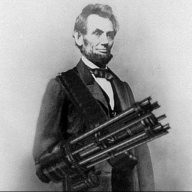 Sazime, everywhere Sazime. Except for PSN and XBLA, where I am SammyPS. I used to podcast, "Johnny Gigawatt and the Tigermen from Mars" and "Invasion of the Pudcasters" for movies. Now, I do neither, but I have the memories.

Posts made by Sazime